The frequency and temperature characteristics of ceramic capacitor 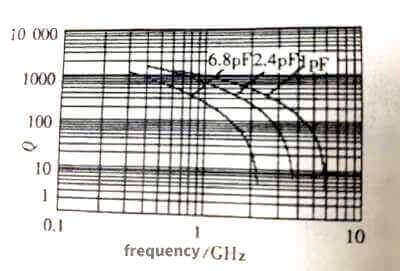 The ESR of the first type of ceramic dielectric capacitors increases with frequency, as shown in Figure 3.24, and as the frequency decreases, the ESR characteristics gradually flatten.

The ESR of the first type of dielectric, such as COG dielectric capacitors, decreases with the increase of capacitance, as shown in Figure 3.25. The reason is obvious. As the capacitance increases, the area of the plate also increases. Under the same packaging conditions, only It can be obtained by increasing the number of layers of polar plates. Since the ESR of each layer of polar plates is basically the same, the number of parallel polar plates increases, and the ESR will inevitably decrease. 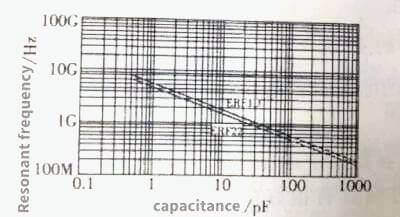 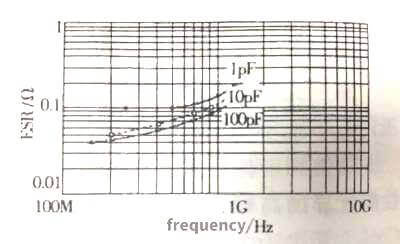 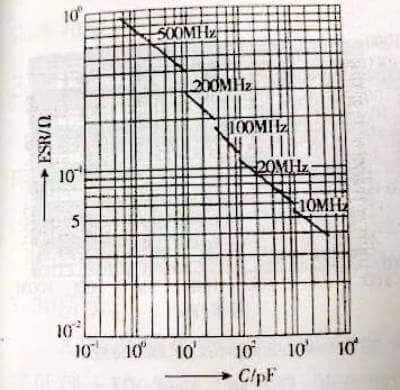 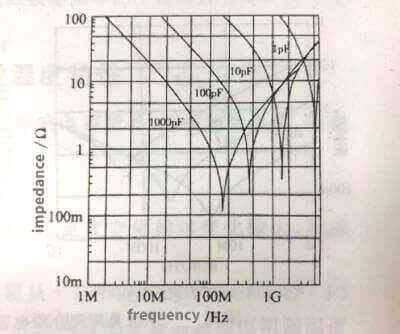 Similar to the first class of dielectric capacitors, as the capacitance increases, the ESR also decreases. The difference is that the frequency characteristics of ESR have changed. Taking the 50V/10UF capacitor of X5R dielectric as an example (the right side of Figure 3.28), the ESR in the low frequency band decreases with the increase of frequency, about 100kHz, in the range of 100kHz to 1MHz. The ESR of 1MHz is reduced to the lowest value, and the ESR of the frequency band above 1MHz increases with the increase of frequency.

As can be seen from the figure on the right side of Figure 3.28, the ESR of the 50V/10UF Type II ceramic capacitor is only 5mΩ, which is also an extremely low ESR value among various electrical appliances. 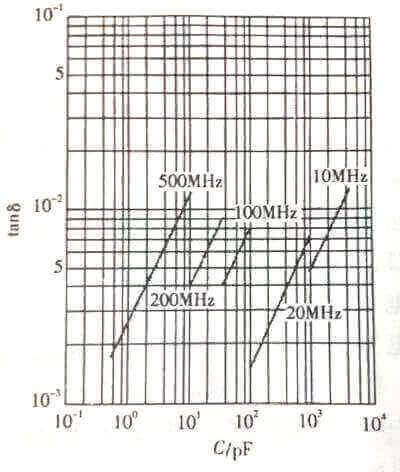 The variation characteristics of the loss factor of the second type of ceramic dielectric capacitors with frequency are basically similar to those of the first type of dielectrics, and will not be repeated here.

For ceramic capacitors, in addition to temperature affecting capacitance, there are insulation resistance, dissipation factor, etc. 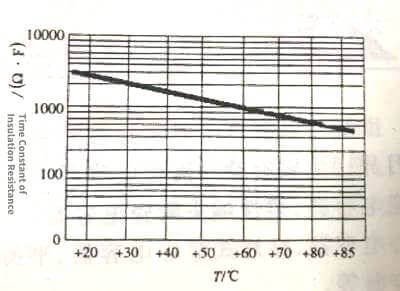 🍑2.2The relationship between the dissipation factor and temperature of the second type of ceramic dielectric capacitors 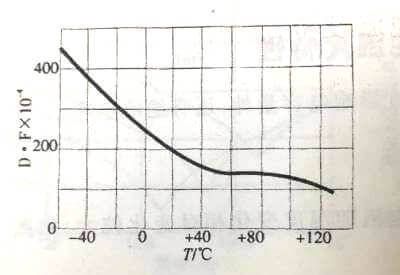 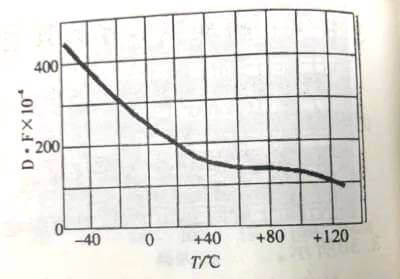