This is the key step of the entire etching process. In this step, it is required that the etched holes are uniformly initiated and grown to a certain diameter and depth. The hole density is too dense. During subsequent hole expansion, the surface of the sample is eroded or the oxide film is energized by high voltage due to the occurrence of merging of the holes or the too small interval between the holes. All of them drop sharply; if the pit density is too thin, the specific capacitance value is too low. Therefore, reasonable control of the pit initiation density and the uniformity of the pit distribution is the core issue.

The samples corroded by the previous stage have etched holes with a certain density, pore size and depth on the surface, but the pore size is generally too small to meet the requirements of high-voltage energized oxide films, and the hole depth has not reached the optimum state. Therefore, the pre-corrosion samples should be expanded, which not only expands the pore diameter, but also deepens the hole depth.

It is worth noting that in the post-corrosion process, the growth rate in the depth direction of the etched hole and the growth rate of the pore diameter should be reasonable, and the speed in the concentration direction is too fast, causing the etched hole to penetrate through the electrolytic capacitors aluminum foil. Although the specific capacitance is improved, the strength is difficult to guarantee. On the contrary, it is lower than the capacitance. If the speed in the aperture direction is too fast, the pits will merge or be eroded; if it is too slow, the voltage energization requirements will not be met. Therefore, the etchant concentration, liquid temperature and current density must be reasonably selected for the subsequent corrosion.

Since there are still conversion films or segregated Cu, Fe and other impurity elements and residual compounds on the surface and pore walls of the sample after the subsequent hole expansion corrosion, these substances are harmful components for the manufacture of electrolytic capacitor anodes and should be removed. The post-stage chemical treatment generally adopts the method of soaking in HNO3 solution.

To sum up, a complete tunnel corrosion process and generally used conditions are shown in Figure 3-25 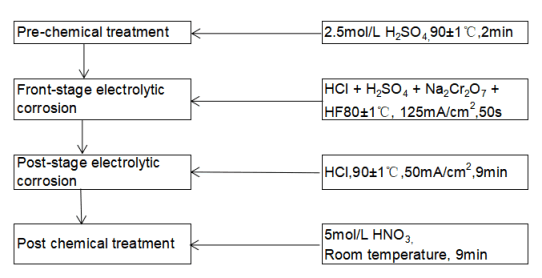 Before the official production, the laboratory static test must be carried out, and the composition of the pre-corrosion electrolyte is the most critical test parameter. According to the discussion in Section 3.2, aluminum foil has good pit initiation and productivity in the mixed solution of HCI, H2SO4, CrO3 and HF. It should be pointed out that actual industrial production is different from laboratory research, and the related consideration of cost is very important. Therefore, it is considered here to replace Cr03 with Na2 Cr2 07 with similar chemical properties but lower unit price. 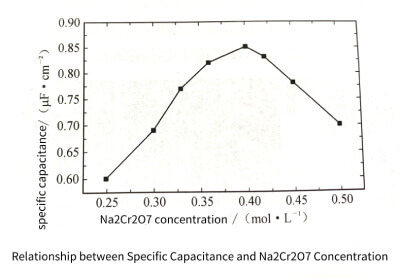 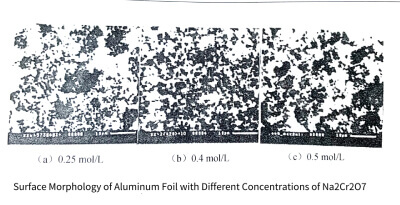 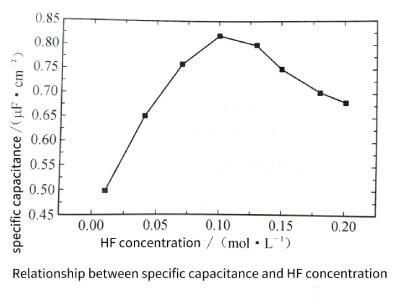 In order to transform scientific research results into real productivity and transition from laboratory samples to mass-produced products, it is necessary to design pilot production lines. Figure 3-30 shows the schematic block diagram of the pilot production line for aluminum foil corrosion.

The design of the pilot production line follows the following principles:

(3) The pilot production line is not only a small industrial production line, but also a dynamic test method for new process research, with duality of production and scientific research.

The pilot production line needs to focus on solving the following problems:

In the formula: I is the current value (A) applied by the electrolytic cell, n is the number of electrons participating in the electrolysis reaction, F is the Faraday constant, and C1 and C2 are the concentrations of the supply and overflow ports (moI/L), respectively. For reactant ions, ∣C2-C1∣=C1-C2; for product ions, ∣C2-C1∣=C2-C1 .

Accordingly, we designed an automatic replenishment and overflow system.

(4) The problem of local adjustment of reaction time. The reaction time of electrolytic capacitors aluminum foil in each reaction tank can be proportionally increased or decreased by adjusting the system speed of the pilot production line, which makes it difficult to adjust the reaction time in a certain tank individually. A time adjustment system is designed.

(5) Current ripple suppression problem. In order to maintain a constant corrosion amount during the dynamic corrosion process, the applied current ripple coefficient must be suppressed below 1%. The corrosion power supply of the pilot production line is a low-voltage high-current (2500 A, 4V) DC power supply, and the usual filtering methods cannot meet the requirements, so we designed a special filtering system.

(6) The problem of tank pressure regulation. In the static test, since the solution cannot be stirred, the aluminum ions dissolved on the electrolytic capacitors aluminum foil can only diffuse from the aluminum foil to the tank liquid through the diffusion mass transfer process, and the ions in the tank liquid participating in the reaction can only be transferred from the tank through the diffusion mass transfer process. The liquid moves to the aluminum foil interface, resulting in a concentration gradient of reactant and product ions near the aluminum foil bath liquid interface, and these two concentration gradients cause concentration polarization near the interface. Under constant current conditions, the cell voltage increases. However, in the dynamic test, due to the action of the electrolyte automatic circulation system, the convective mass transfer process in the tank is increased; thus the moving speed of the reactants and product ions is increased. The above two concentration gradients can be ignored. Transformation does not exist. Therefore, under the same corrosion conditions, the static test cell voltage of the dynamic test is low.

During the pilot production line test, the composition of the electrolyte, the temperature of the bath and the applied current density were consistent with the static test. The main adjustable parameters were the system speed (vehicle speed) and the replenishment flow, which could change the reaction time and bath respectively. The concentration of ions or aluminum ions involved in the reaction. 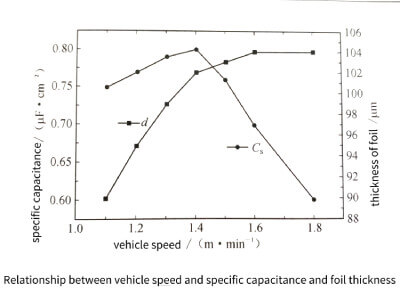 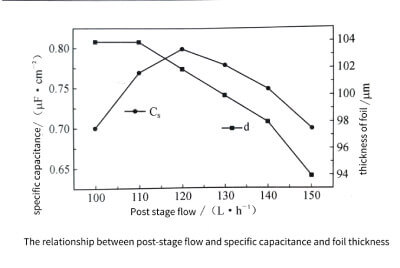 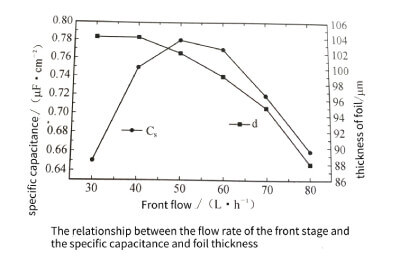 Table 3-3 gives a list of the comparison between the pilot test results and similar products at home and abroad. It can be seen from the table that the technical indicators of the corroded foil obtained from the pilot test have reached the international advanced level. This result lays a solid foundation for my country to get rid of the situation that high specific capacitance and high voltage anode foil has been relying on imported aluminum foil for production until the end of the 1990s, and change the domestic long-term dependence on imported corrosion equipment and technology. The corresponding patented technology products have achieved significant economic benefits in the subsequent production, and the research results won the third prize of the 1996 National Science and Technology Progress Award.

There are two key technical points in the frequency conversion corrosion technology: first, the corrosion power supply not only needs to change the frequency of the power supply, but also needs to control the output waveform, generally an asymmetric sine wave is preferred; The chemical corrosion rate of the electrode foil reduces ineffective corrosion.

There are three key technical points in the multiple porosity corrosion technology: first, proper surface treatment is required before and after each porosity; second, the corrosion process temperature is low, which reduces the chemical corrosion rate of the electrode foil and reduces ineffective corrosion; third , the corrosion groove is deepened, and the time of exposure to the air during the corrosion process of the aluminum foil is reduced. The typical process flow is: pretreatment→-secondary hole→second hole→intermediate treatment-→third hole→fourth hole→intermediate treatment two→fifth hole→cleaning→7-9th stage reaming→ Washing→post-processing→drying. The key step parameters are as follows.