“Ships, containers, and cargo are all in the wrong place!” In recent days, practitioners in every link of the global supply chain have expressed similar sighs.

A 400-meter-long heavy-duty container freighter flying the Panamanian flag has been blocked in the Suez Canal channel on the 23rd local time, and there are now more than 300 ships waiting to pass. As one of the most important shipping channels in the world, the blockage of the Suez Canal has made the global supply chain “stuck in the throat”.

How painful will the blockage of the Suez Canal cause the world economy? This depends on the progress of the canal dredging work, and more on the vulnerability of the global supply chain under the impact of the new crown epidemic. 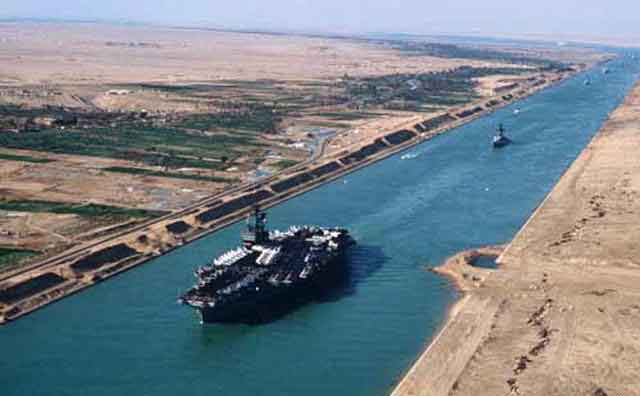 The rescue team created an account “Suez Canal Digger” on social media. The account profile said: “I have tried my best, but there is no guarantee of anything.” This reflects that the current excavation and dredging work is still full of uncertainty, and even hopes that the tide will rise to a certain height to hold the stranded freighter.

Data show that in global maritime logistics, about 15% of cargo ships pass through the Suez Canal. Lars Jensen, CEO of the Danish “Maritime Intelligence” consulting company, said that about 30 heavy cargo ships pass through the Suez Canal every day, and one day of blockage means that 55,000 containers are delayed in delivery. The German insurance giant Allianz Group estimates that the blockage of the Suez Canal could cost global trade between US$6 billion and US$10 billion a week.

The Suez Canal management stated that cargo ships can choose to wait or detour the Cape of Good Hope at the southern tip of Africa. However, no ships currently choose to detour. Waiting, not sure when it will pass, will have to pay extra costs every day; but detouring means paying several weeks of extra voyage and associated costs.

Due to the high dependence on the Suez Canal shipping channel, the European market has clearly felt the inconvenience caused by the blocked logistics. Many European home furnishings and home appliance retailers have stated that there are goods blocked in the canal, which will cause delays in delivery. Once the situation is not alleviated for a long time, it may cause prices to rise.

Not only is the retail industry “pain”, the manufacturing industry is also the same. International rating agency Moody’s analyzes that because European manufacturing, especially auto parts suppliers, has been pursuing “just-in-time inventory management” to maximize capital efficiency and will not stock up large amounts of raw materials. In this case, once logistics is blocked, production may be interrupted.

Under the impact of the epidemic, the retail and manufacturing industries were originally industries that suffered heavy losses. With the gradual recovery of the economy, these industries have just recovered, especially when consumers have the need to improve their living conditions during the epidemic at home, which has brought “sunlight” to the retail industry, but the blockage of the canal has temporarily made retailers “no rice.

Not only that, if the congestion continues and a large number of cargo ships cannot turn around, it will inevitably lead to increased shipping rates, increase global trade costs, and cause a chain reaction. Since the second half of last year, the international shipping market has been affected by factors such as container shortages and trade recovery. The shipping capacity has already been very tight, and the shipping price has been at a high level. Blocking the Suez Canal is tantamount to “sprinkling salt on the wound” of the shipping market.

At the same time, transportation delays will also generate a large number of insurance claims, which will put pressure on financial institutions engaged in maritime insurance, or will trigger turbulence in areas such as reinsurance.

In addition, some market participants worry that the prices of international crude oil and other commodities will skyrocket due to the blockage of the Suez Canal. In recent days, international oil prices have risen significantly. The prices of light crude oil futures delivered in May on the New York Mercantile Exchange and London Brent crude oil futures delivered in May have both exceeded $60 per barrel.

However, industry insiders said that the market is worried that the sentiment of the supply chain has intensified, which has caused oil prices to rise. However, in response to the new round of epidemic, tightening prevention and control measures will still curb demand for crude oil. In addition, the transportation channels of oil-producing countries such as the United States have not been affected. As a result, the upward space of international oil prices is limited.

Some experts said that the blockage of the Suez Canal has made global trade that has been severely hit by the epidemic “exacerbated”. At the same time, this incident also “reminded” global trade not to rely too much on shipping, not to “put eggs in the same basket”, and to promote the construction of land logistics systems such as China-Europe Express. In addition, the blockage of the canal caused a lack of logistics, which may cause the manufacturing industry to change the current raw material inventory system and increase “inventory” to avoid similar situations from happening again.